Atomica (formerly Innovative Micro Technology), a global leader in the development and production of complex microelectromechanical systems (MEMS), today announced the purchase of an Omega® Rapier™ plasma etch system from SPTS Technologies, a KLA company. The installation of the Rapier™ this month will put Atomica at the cutting edge of MEMS and sensors manufacturing and extends development and production capability for its growing customer base in photonics, BioMEMS and sensors.

“The MEMS industry is experiencing a resurgence of growth driven by a proliferation of innovative new communications, sensing, and medical applications,” stated Eric Sigler, CEO of Atomica. “SPTS Technologies is at the forefront of MEMS manufacturing with its deep reactive ion etch (DRIE) solutions, having been a co-developer and first licensee of the ‘Bosch Process’. The addition of the Rapier DRIE capability allows us to offer an industry-leading technology to our foundry customers while expanding capacity for future development and new applications. This investment exemplifies our commitment to technical excellence, even in these uncertain times.”

“SPTS has been working closely with the leading MEMS manufacturers, foundries and research institutes for more than two decades, achieving an install base of over 1300 DRIE modules,” stated David Butler, General Manager of SPTS Technologies. “The Rapier DRIE process module provides the high-level of profile control, selectivity and uniformity needed for the critical feature requirements of next generation MEMS devices.  We are pleased to bring this important capability to Atomica’s foundry environment and be part of their exciting 200mm technology portfolio.”

Discover the Power of Microfluidic Biochips

Discover more about WLP, one of the great enablers of 3-D integration

Learn about the power of 3D lithography (greyscale) to create complex works, like the Mona Lisa, at the wafer level.

Atomica is already the largest pure-play MEMS foundry in the United States. With the Rapier, Atomica is able to achieve best-in-class control over side-wall profile, scalloping, and aspect ratio, plus world-class etch rates, uniformity, and tilt control. By integrating SPTS’s patented Claritas™ end-point technology, Atomica can implement precise control of the Si etch to a stop layer as commonly used for MEMS processing.

Speak to one of our technical experts to see how Atomica can help. 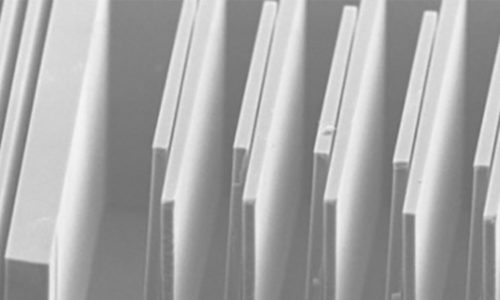